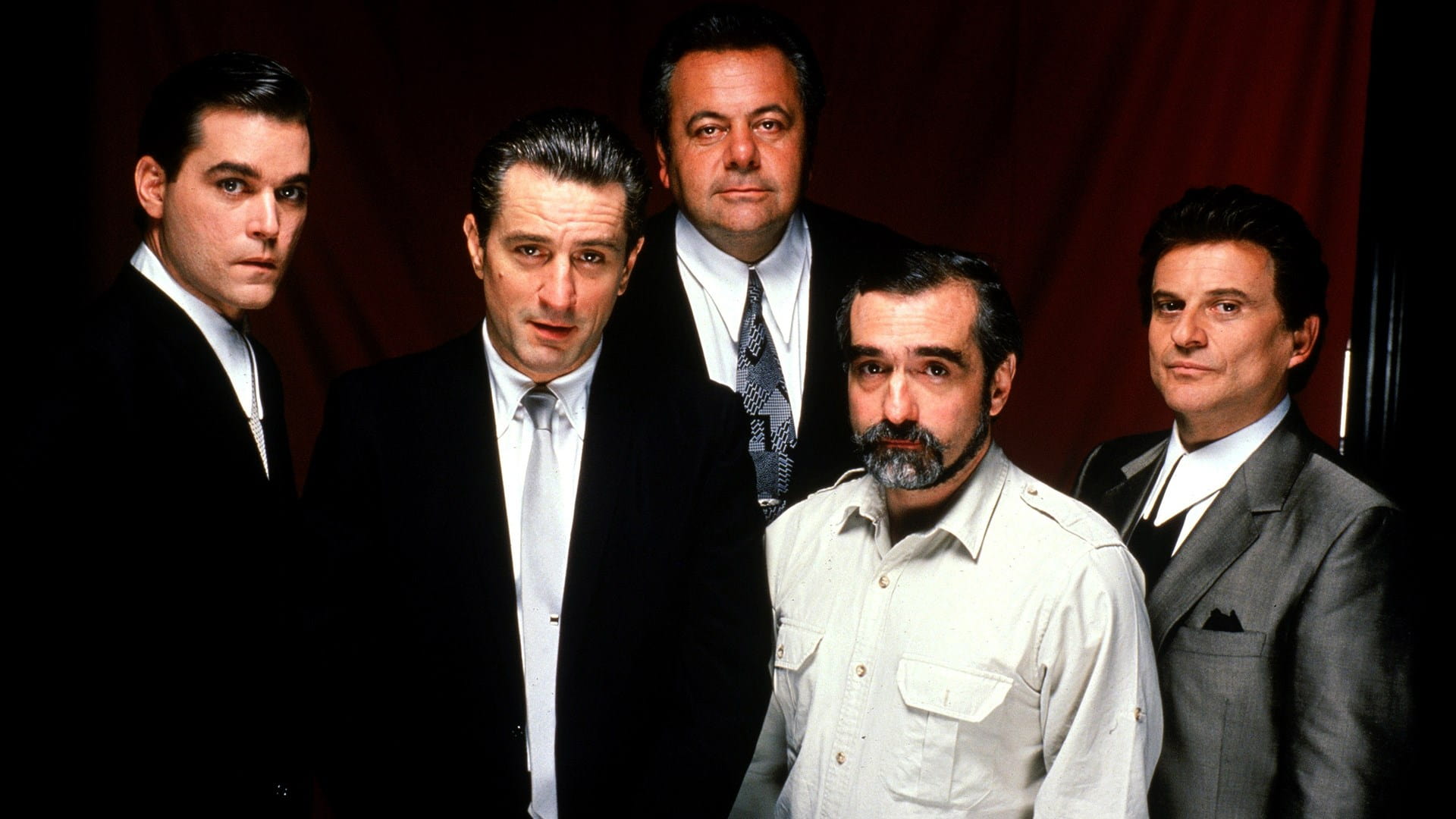 “As far back as I can remember, I always wanted to be a gangster!” This darkly humorous line spoken by Ray Liotta starts Martin Scorsese’s superb Goodfellas, which many consider the greatest mob movie ever made.

Goodfellas is based on the real life story of New York mobsters Henry Hill and James “Jimmy The Gent” Burke. The film follows their enormous mob activities, crimes New York will never forget, which included the famous 1978 Lufthansa heist at Kennedy Airport. The cast, Ray Liotta, Robert DeNiro, Joe Pesci, Paul Sorvino, and Lorraine Bracco, often used improvisation to further rocket Scorsese’s mob classic into modern American folklore. (Joe Pesci based much of his famous “How am I funny?” scene on a mobster Pesci encountered as a young waiter)

Scorsese’s perfect use of period popular music (such as “Then He Kissed Me” by The Crystals and “Atlantis” by Donovan, to name just a couple) tells us what is on the characters minds, how they are reacting, what they are planning out. It doesn’t just simply repeat what we are watching.

Film maker and film historian Glenn Andreiev presents a zoom chat on Goodfellas. The discussion will also focus on the career of Martin Scorsese, who, after fifty years, is still creating incredible films. The discussion will also highlight Goodfellas‘ source material; Nicholas Pileggi’s mob novel, Wise Guys, which dished out all the goods on New York and Long Island mob life of the 1960’s and 1970’s.