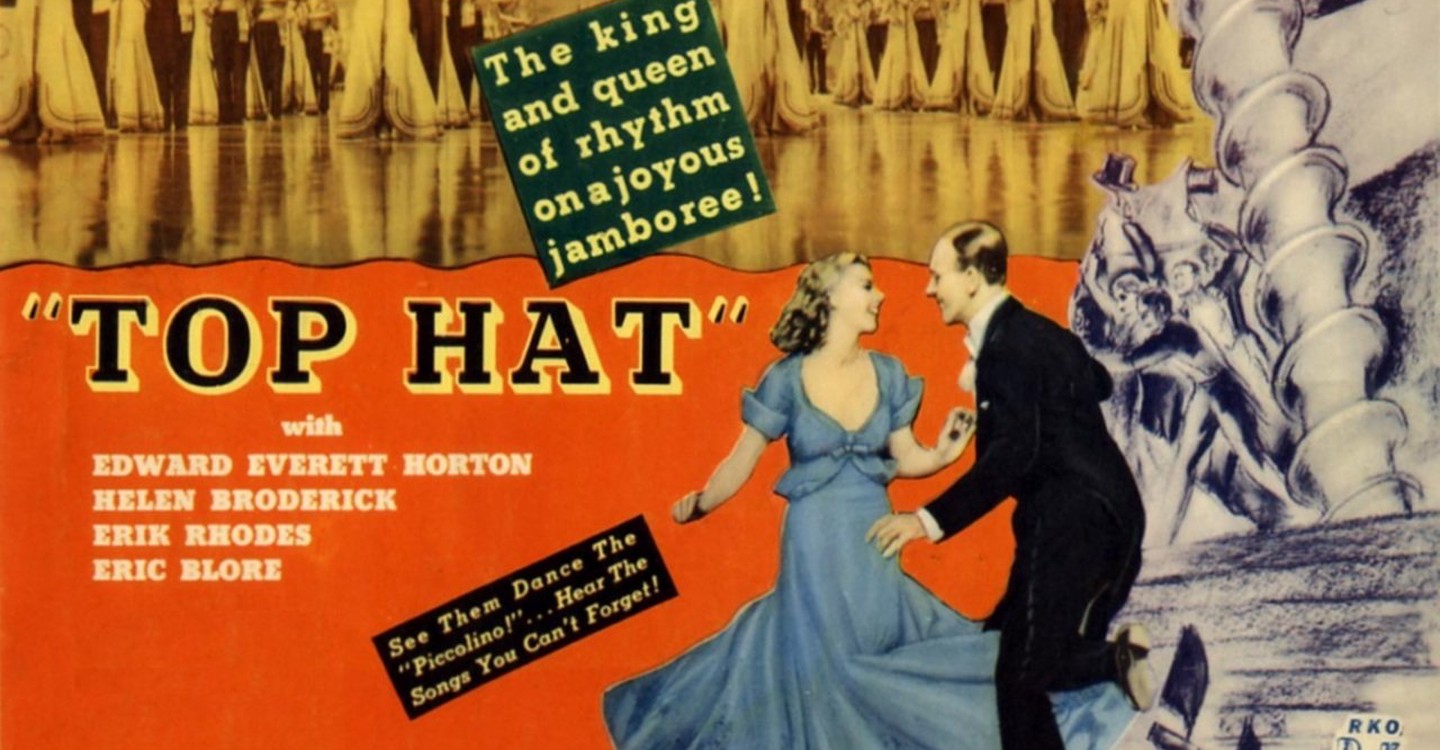 Of the ten films of Fred Astaire and Ginger Rogers, Top Hat is considered the best of their films. It was the first to be written especially for them, with a brilliant musical score by Irving Berlin. All five songs featured in Top Hat, including “Isn’t This A Lovely Day To Be Caught In The Rain,” “Top Hat, White Tie, and Tails,” and “Cheek to Cheek,” were all on the Hit Parade radio program.  Directed by Mark Sandrich, and released by RKO in 1935, Top Hat stars Fred Astaire as Jerry Travers, a dancer, who falls in love with Dale Tremont (Ginger Rogers). This romance is threatened by mistaken idenity. Released during the depression, Top Hat was a gateway to a musical fantasy world, where women wore beautiful gowns, men wore top hat, white tie and tails, and sang and dnaced to Irving Berlin songs. Top Hat was RKO’s highest grossing film released in 1935, and received excellent reviews.