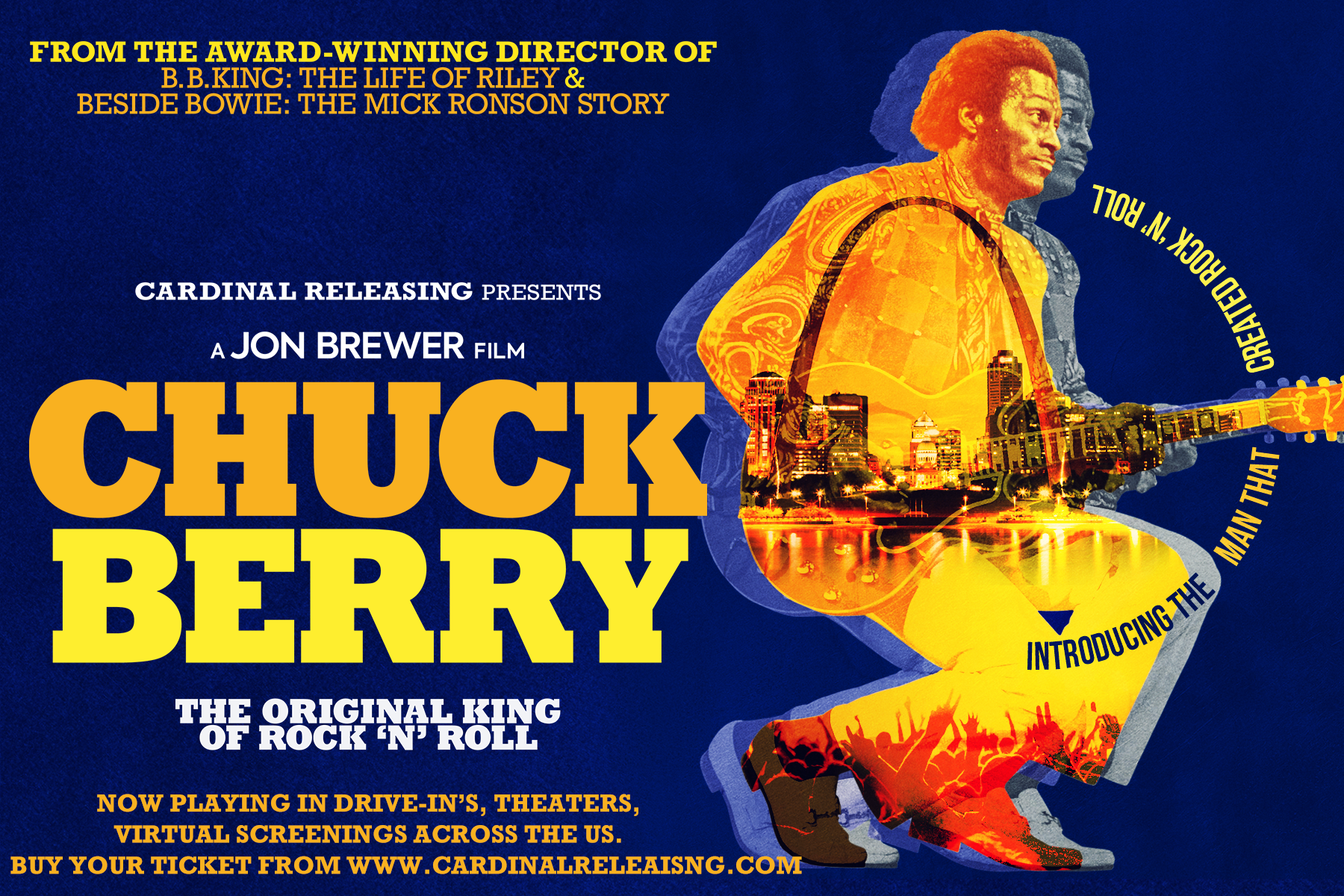 Known for iconic hits such as “Little Queenie” and “Rock and Roll Music” plus countless more, the father of Rock N’ Roll is back in the spotlight with the feature film documentary CHUCK BERRY.

CHUCK BERRY tells the story of the Granddaddy of Rock & Roll. In this highly anticipated feature-length documentary, the absolute instigator of Rock and Roll, Chuck Berry is truly revealed with exclusive access to his family, friends, famous fans and music icons he inspired.

“You could almost say that Chuck Berry invented the teenager.” – Steven Van Zandt

“He was the most important guitarist in rock history.” – George Thorogood

Chuck Berry’s 60th birthday concert and the drama surrounding it were captured in Hail! Hail! Rock ‘n’ Roll, but until now, Berry’s life has never before been covered on screen. With CHUCK BERRY, Award-winning filmmaker Jon Brewer (BB King: The Life of Riley, Nat King Cole: Afraid of the Dark), lends new insight to the man known as the bedrock of Rock ‘n’ Roll, and several rock & roll legends reflect on what Berry meant to them.

Chuck Berry was an undisputed and stunning combination of talent and charisma and despite his iconic status, and reverence for his talent by rock’s heroes John Lennon, Bruce Springsteen, Keith Richards, Steve Van Zandt, Joe Perry, Alice Cooper (all featured in the film), Chuck was a family man who managed to cross the racial divide in 1950’s America with the power of a well-crafted song and a fender guitar. CHUCK BERRY features the first interview with Themetta “Toddy” Suggs, the late guitarist’s wife of 68 years. (2018, UK, 97 min., English | dir. Jon Brewer)