CINEMA 62 -a virtual multi-media extravaganza for film-lovers – based on the book Cinema ’62: The Greatest Year at the Movies 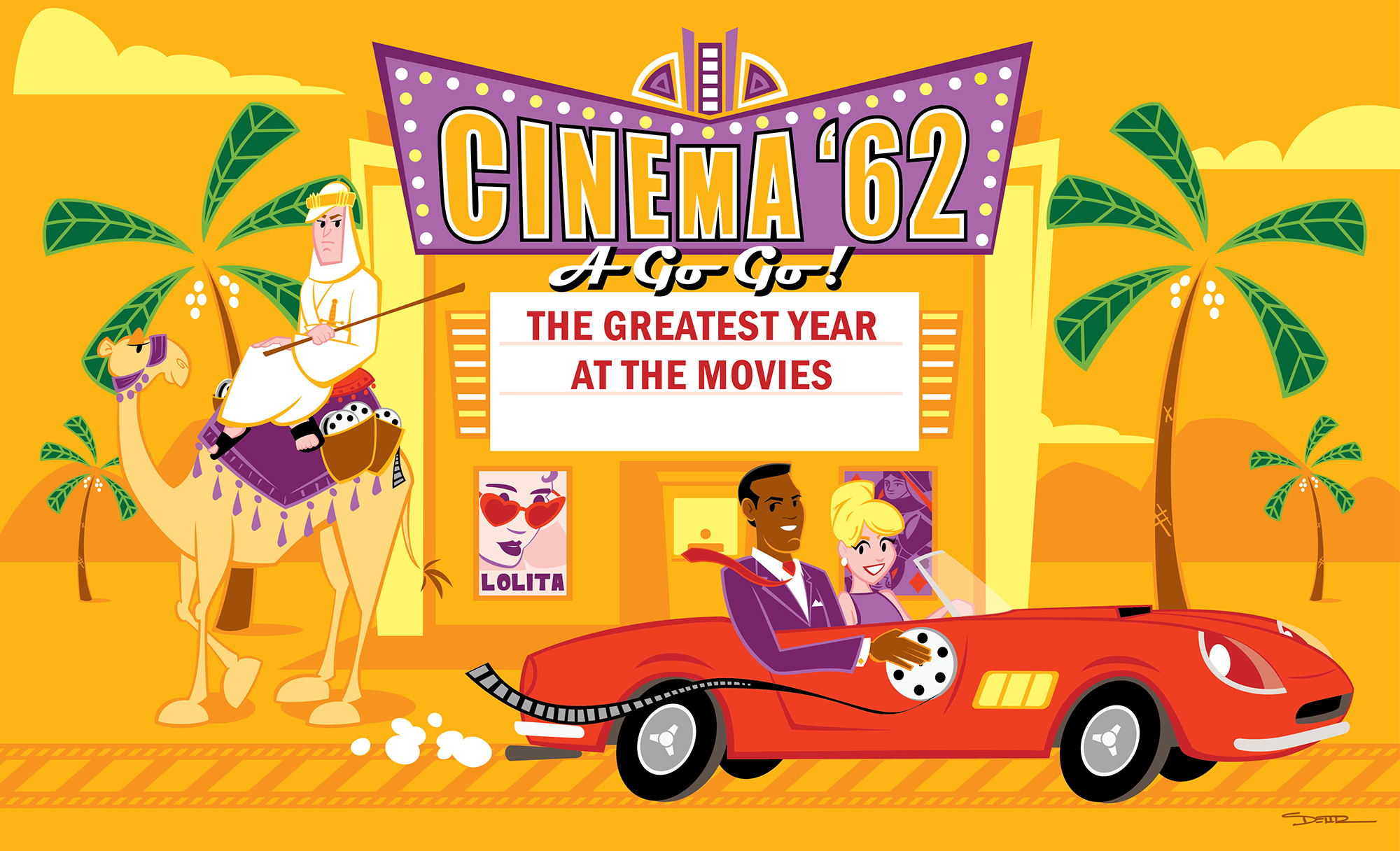 A virtual multi-media extravaganza for film-lovers – based on the book Cinema ’62: The Greatest Year at the Movies

This unique virtual experience features special guests, film talk, musical performances, cocktails, a cascade of memories… and YES, there will be dancing!

“Cinema ’62 A-Go-Go” is more than a book talk, more than a Q&A, more than an interview. In a variety show format, it re-examines the year in film and everything in between as we delve into the cultural context of when these films were made – with special guests, cocktails of the era, major amounts of music, prophetic politics and even a little dancing.

Baby Boomers will reminisce and every other generation will be enthralled by how this year resonates today with some of the most prescient – and in some cases, woke motion pictures ever made!

Our itinerary involves surprising secrets from behind the screen, songs the American public pushed up the pop charts and much more! Arrive via Zoom at this film conversation-meets-cocktail party-meets-variety show, dressed in your 1962 finest (the audience WILL see each other at various points in the show), to enjoy this virtual gathering. Hosts/authors Michael McClellan and Stephen Farber will treat the audience to film history surrounding select 1962 films, combined with musical interludes, such as a tribute to Henry Mancini (Time Magazine’s “hottest music man in Hollywood”) and an opportunity to learn the early 1960s dance sensation, “The Twist.” There will also be interviews with Pop Culture experts, a look at Cold War politics and how they still resonate today, a vintage cocktail demonstration and much more! Charles Phoenix, Ambassador of Americana, singer/pianist/recording artist Tony DeSare, Singer Mary Stanford, 1960s music expert and author Domenic Priore and singer Al Martino’s daughter, Alison Martino, authors Jeremy Arnold (Lawrence of Arabia: The 50th Anniversary TCM: The Essentials) and Tom Santopietro (Considering Doris Day), plus, Stiletto City’s Kastle Wasserman with a cocktail demo, are all confirmed to appear on the show.