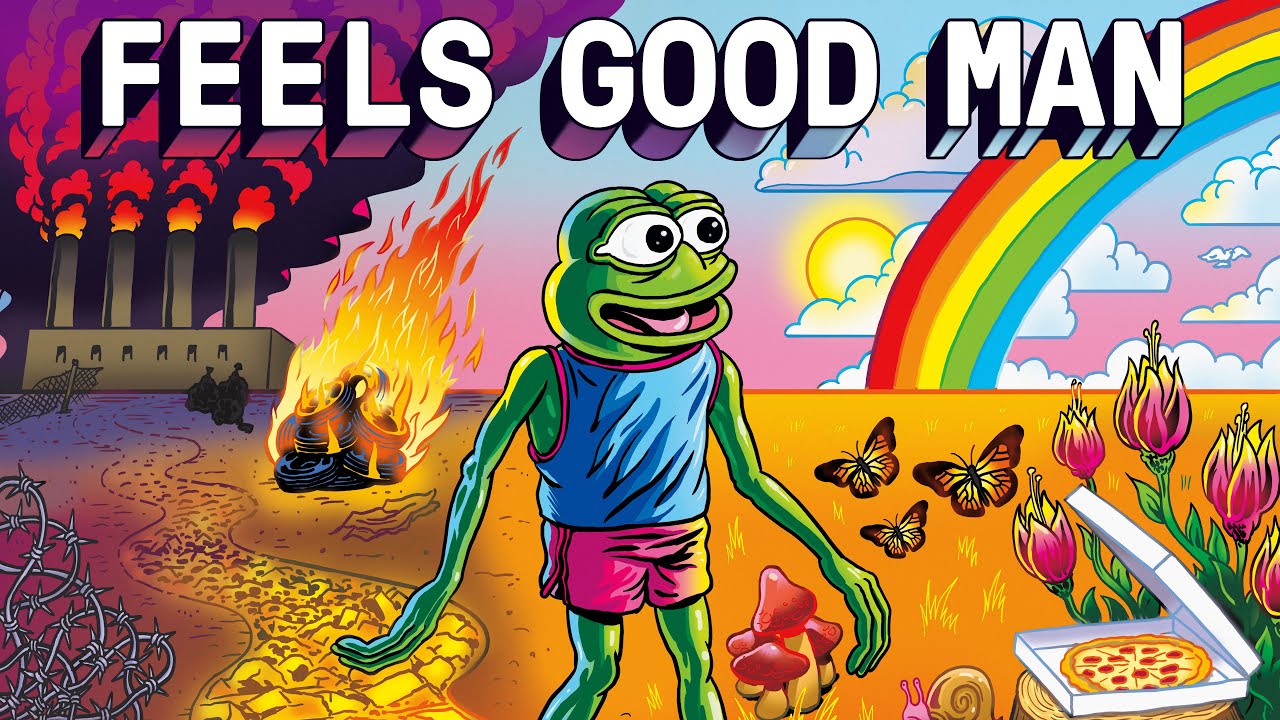 Click here to get your ticket! Pre-orders are available now!

As in many of the weirdest fairy tales, it all starts with a frog. This story, however, is all too real.

In November 2016, a barbaric election cycle had exposed a seismic cultural rift, and the country suddenly felt like a much different place. For underground cartoonist Matt Furie, that sensation was even more surreal. Furies comic creation Pepe the Frog, conceived more than a decade earlier as a laid-back humanoid amphibian, had unwittingly become a grotesque political pawn. Pepe was first innocently co-opted as a meme in the MySpace era, representing a kind of youthful malaise, only later to be perverted as a totem of the alt-right: tweeted by Donald Trump, condemned by Hillary Clinton, and declared a hate symbol by the Anti-Defamation League.

As Americas political and cultural narratives became more tribalist, Pepe was unexpectedly along for the ride. He was venerated as an icon among school shooters and racist organizations, yet his simple origins served a menacing dual purpose: Pepe could effectively terrify the public, while simultaneously making fun of them for being terrified.

Pepes appeal among hate groups contained a dark magic: The more that powerful figures like Hillary Clinton denounced this smiling, ironic frog as a racist dog-whistle, the more potent and legitimate he became. As Donald Trump defied all odds to become the standard bearer of the Republican Party and then the president, Pepe became his avatar – Trumps ethos as disruptor inexorably linked to Pepes image.

FEELS GOOD MAN is about an unexpected cultural rift, but also tells the personal story of an individual thrust into a maelstrom. The film is a Frankenstein-meets-Alice in Wonderland journey of an artist battling to regain control of his vandalized creation, while along the way confronting a disturbing cast of characters (including Alex Jones and Richard Spencer) who have their own peculiar attachments to Pepe. As Pepe continues to morph around the world  last year, he transformed again into a symbol of hope among protesters in Hong Kong  FEELS GOOD MAN offers a vivid, moving portrait of one man, one frog, and the very strange reality weve all found ourselves living in.