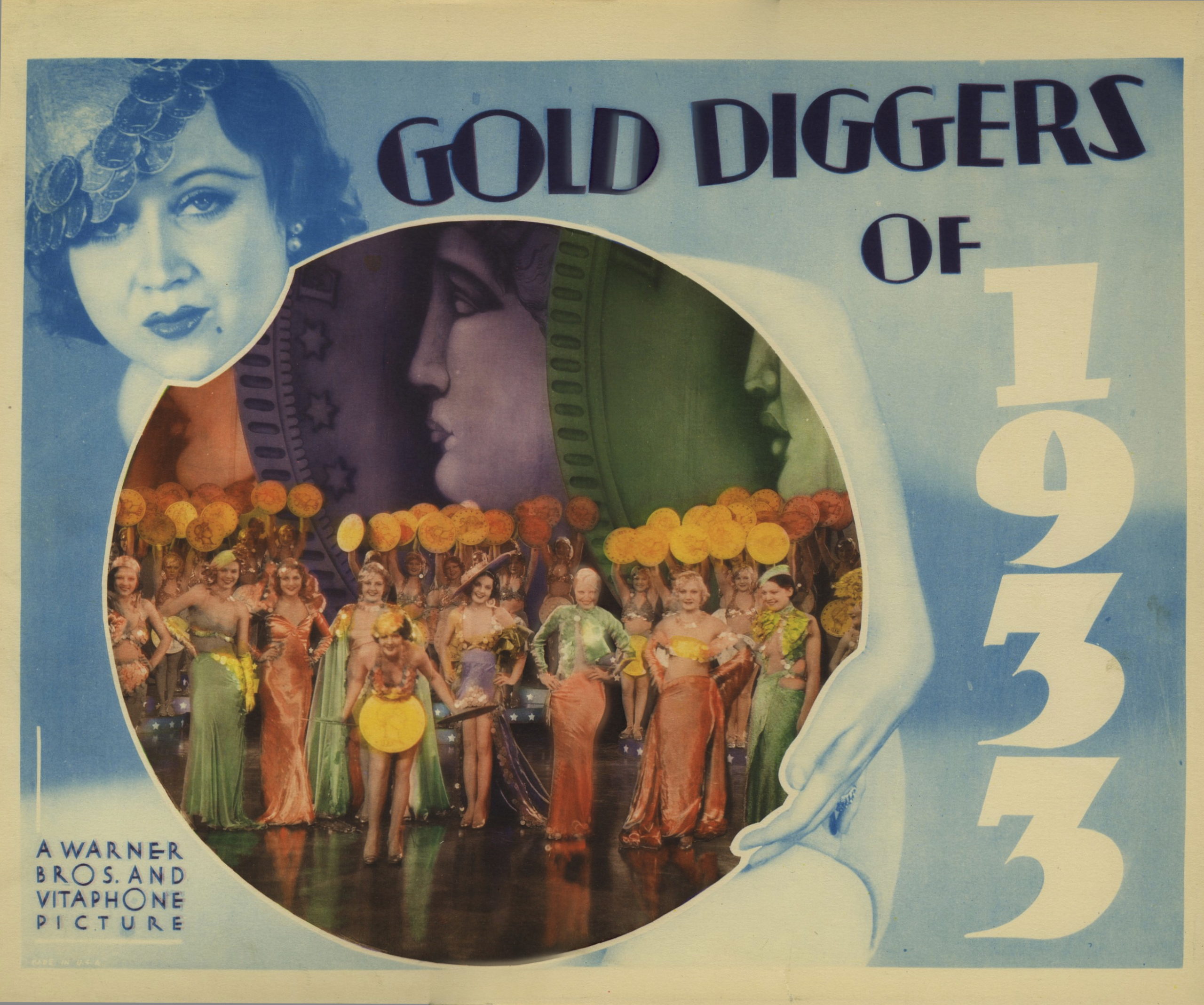 It was the darkest of times: breadlines, joblessness, homelessness, and a new presidency about to begin. World War I veterans had rioted in Washington. In Hollywood, the musical film was being revived from an early demise. But there was a shining light at the end of the tunnel: the fantasy musicals of Busby Berkeley at Warner Brothers. A perfect example of this pre-code musical is Mervyn Leroy’s Gold Diggers of 1933. This is an essential Depression-era musical and plows into the subject head-on. Starring Joan Blondell, Ruby Keeler, Aline McMahon, and Ginger Rogers as four chorus girls trying desperately to find work in a show that won’t close. Also starring are Dick Powell, Warren William, and Guy Kibbee. The film features musical numbers choreographed by Busby Berkeley; Depression-era audiences were flown away to a world of beauty and magic. Featuring the songs of Harry Warren and Al Dubin, in which numbers are “We’re In The Money” (Ginger Rogers singing in Pig Latin), “Pettin’ In The Park,” “The Shadow Waltz” (performed by 40 chorus girls playing violins which glowed in the dark – the only Berkeley number rehearsed during a Los Angeles earthquake), and the anti-war anthem, “Remember My Forgotten Man.” Gold Diggers of 1933 continued the process of breathing new life into the Hollywood musical. Please join New York State Librarian and Film Historian Philip Harwood for a discussion on one of the greatest Hollywood musicals.

INSTRUCTIONS: Upon receiving your email order confirmation, you can view Phil’s video introduction to the film, provided in a private Vimeo link available only to ticket-holders. If you need to view the film prior to the discussion, you can rent it from the streaming service of your choice, view it on DVD if you own a copy, or request a copy from your local library. Then, join Phil for the Zoom call discussion and Q&A on September 23rd at 8:00 PM with the provided invitation link.