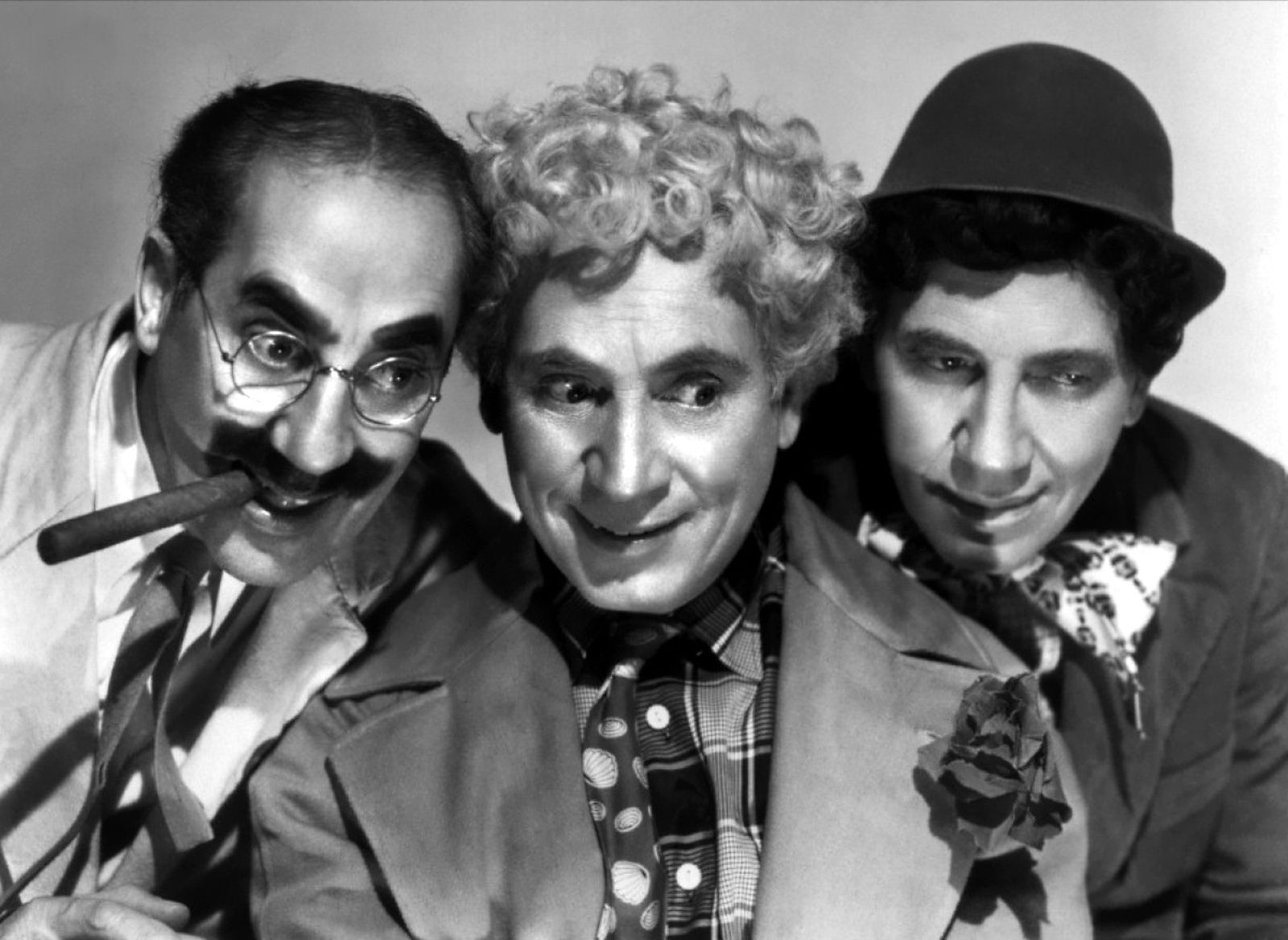 “Whatever it is, I’m against it!” sings Groucho Marx in Horsefeathers, one of the funniest of Marx Brothers’ many films. The Marx’s crazy humor combined genius verbal bits with hysterical surreal slapstick humor. Their gags targeted scared cows, the world cherished-high society parties, college, good government, grand opera, full length mirrors and swordfish!  Their films are just as popular today as when they were first released in 1929.

Filmmaker and Film Historian Glenn Andreiev returns to the Cinema with a pre-recorded presentation and discussion of the amazing Marx Brothers. Learn about their early career in vaudeville, their film work and later career in television. Oh, and we’ll get to hear Harpo speak!