UP FROM THE STREETS 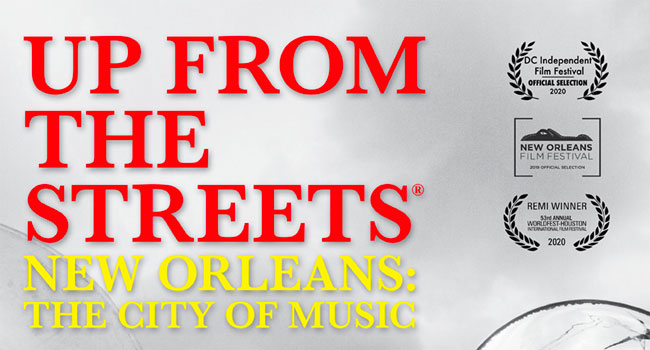 UP FROM THE STREETS

Screen for one-day-only May 26th!

A feature length documentary that looks at the culture of New Orleans through the lens of music. New Orleans has a distinct history as a result of its political and social history. There is a thread that runs through the city that can be heard from the drumming at Congo Square in the 1700s through to todays vibrant music scene. The music of this city is a powerful form of expression. It was a vehicle to communicate a desire for freedom, express frustration of the injustices of segregation and Jim Crow laws, a healing force that helped bring the city back from the devastation of Hurricane Katrina, and is still a vital form of expression against ongoing cultural & racial biases. Executive Producer Terence Blanchard and Director Michael Murphy, show how the culture of the city is reflected in its music, how music impacts culture; and how even in the darkest of times, music lifts and unites.

A portion of the proceeds from every ticket sold will be donated to The New Orleans Jazz & Heritage Foundations Jazz & Heritage Music Relief Fund, a statewide relief fund created to support Louisiana musicians and music industry workers whose livelihoods have been adversely impacted by this unprecedented crisis.